Summer camp didn’t go well for my son last year. He was a rising third grader, who had struggled socially since kindergarten.

No matter how hard my little extrovert tried, he couldn’t seem to connect with other kids. Nothing my husband and I tried to coach him on helped, either.

A fellow camper began antagonizing him the first day. My son kept trying to avoid the kid and told the counselors (high school students) that the boy wouldn’t leave him alone. The dynamic continued, however, and on Day Three, the boy tried to punch him in the face.

Thankfully, he didn’t make contact because my son ducked in time.

I’ve learned a lot since then. In addition to being told that my son is the G word, I know about asynchronous development, the five types of intensities, and how traits like this can contribute to social challenges.

Obviously, that VBS camper had issues of his own, but those hallmark traits of giftedness are most likely why he singled out my son – and why others have, as well.

Gifted camps sound amazing, but they’re (understandably) more expensive. Plus, to get to the closest one would be a much longer drive each day – twice!

I’d love to give him that experience at some point, but it isn’t realistic right now.

Thankfully, I’ve been able to find some summer camps closer to home that aren’t quite as pricey. And I believe my son still will have a great time.

Listed below are some options that seem to hit the sweet spot.

If your family’s situation is similar to mine, I recommend checking them out, too. They still provide opportunities to help your child meet kids with similar interests.

The two centers closest to us offer week-long robotics and coding summer camps with the help of an organization called RoboThink. My son has attended a couple of their events already (Winter Break and Spring Break “battle bots” workshops) – and he’s hooked. He loves the projects they work on and RoboThink’s instructors seem top notch. They’re all kind, patient and knowledgeable. Of the four I’ve met so far, one is the franchisee and two are teachers. The other instructor recently completed a science-related master’s degree and is contemplating her next move.

In addition, if you have a creatively gifted child, parks and rec centers have summer camps for art-loving kiddos. There are several options at ours, with weekly themes like: Super Heroes, Rock Stars, Sweet Treats, and Works of the Masters. Art educators lead them and, in each one, campers get to use a variety of media, ranging from pipe cleaners and paint to cardboard and clay.

Many parks and rec centers also offer children’s and youth theatre camps. My uber creative six-year-old adores musicals – and singing and dancing in general – so her birthday present this June will be a week-long camp with a Kids on Broadway theme. (I can’t wait to see the look on her face when we tell her!)

With 115 locations in the U.S., there’s also a good chance Engineering for Kids offers a summer camp near you. This STEM-based enrichment organization offers half-day and full-day camps that focus on robotics, coding and interactive engineering. To see what’s available near you, simply visit their website and type in your zip code.

If your daughter will be in middle school or high school next fall and is considering a career in technology, Microsoft offers free one- to two-day camps through its YouthSpark program. It’s called DigiGirlz, and its participants: learn about careers in technology, participate in hands-on computer and technology workshops, and get an opportunity to connect with Microsoft employees. Charlotte, N.C.; Las Colinas, Texas, and NYC are among the U.S. cities holding these events in 2019. Get more details.

Private academies typically offer summer camps; some public-school districts do, too. There will be one at my kids’ school as well as three others in our district. What I love about the camp is that it’s super close, they’ll be there all day (hello, billable hours!) and my kids get to select from almost 30 themed classes, like: Minute to Win It, Minecraft crafting, LEGO challenges, card tricks, slime factory, detective skills, electronic music studio, cake decorating, fashion design, and yarn creations.

While attending this summer camp in the past would have worried me due to my son’s challenges, the teachers and administrators also now know more about him – and they’ve been great about helping him better navigate the area in which he struggles. Moreover, they implemented a STEM Challenge program this year, that both of my children have enjoyed. This all helps me feel better about the experience my son will have there.

In addition, high schools sometimes offer a summer camp or two. The high school closest to us holds an annual theatre camp. It provides exposure to everything from improvisation, comedic and dramatic acting, and musical theater, to costuming, stage make-up, backstage roles, and theatrical dance. The week-long program concludes with a public performance that Friday.

Another resource to explore is higher education. Many colleges offer summer camps for middle school and high school-age children. I’ve even found a few that are open to kids as young as eight.

A friend of mine really lucked out two years ago with an amazing week-long physics camp at a community college. Unfortunately, it was available only that summer because it was part of a grant the school received, but both of her kids loved it, and…it was free! She also sent her oldest child to a seemingly prestigious, university-based camp that summer in another state – yet her daughter said she learned much more at the free one at the community college!

Don’t take this the wrong way. There are some awesome camps at prestigious universities. You simply need to do your homework. Go online and read parent reviews. Check GlassDoor, too, so you can see what the camp counselors think. I found that, in one instance, what was happening behind the scenes (according to many former instructors; not just one or two) was very different than what I read on a beautiful brochure I received in the mail. The instructors were extremely frustrated, saying they’d received insufficient training and unrealistic deadlines to prepare. (Not surprisingly, many parent reviews also were abysmal.)

Was this helpful? I hope it sparked some ideas!

So you don’t have to have to use a book’s worth of printer paper or toggle between dozens of websites, here’s a free worksheet to capture all of the options you’re considering. (I created it for myself when I was struggling to keep track of which camp was available which week for which price for which kid!)

It’s nothing fancy or sophisticated; it simply makes the comparison process a lot easier, so I want to share it with you, as well.

Get your free copy of the summer-camp comparison worksheet 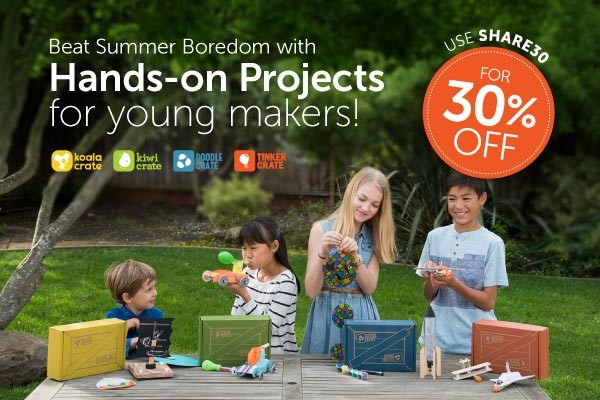